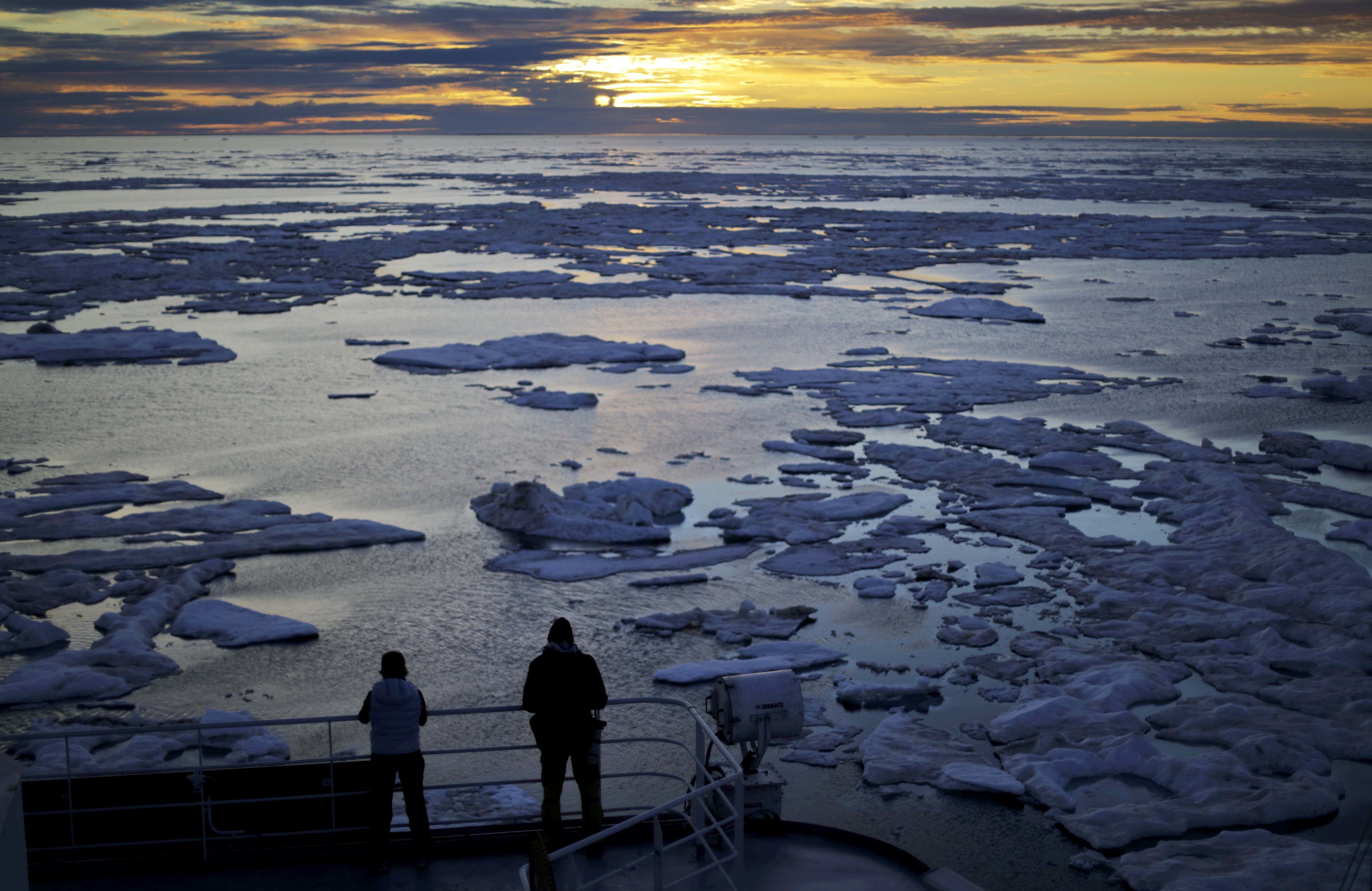 FILE – In this July 21, 2017 file photo, researchers look out from the Finnish icebreaker MSV Nordica as the sun sets over sea ice floating on the Victoria Strait along the Northwest Passage in the Canadian Arctic Archipelago. After 24 days at sea and a journey spanning more than 10,000 kilometers (6,214 miles), the Finnish icebreaker MSV Nordica has set a new record for the earliest transit of the fabled Northwest Passage. The once-forbidding route through the Arctic, linking the Pacific and the Atlantic oceans, has been opening up sooner and for a longer period each summer due to climate change. Sea ice that foiled famous explorers and blocked the passage to all but the hardiest ships has slowly been melting away in one of the most visible effects of man-made global warming.(AP Photo/David Goldman, File) ORG XMIT: NY607